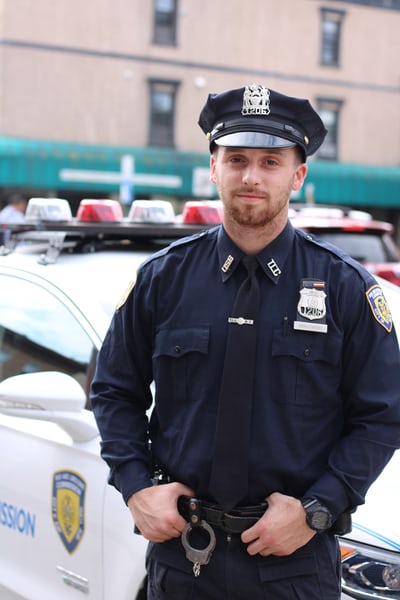 The Future Of My Blog

I was a five-minute walk from home when a police car abruptly stopped beside me. Then the police officers rolled down the window and yelled, “stop!” But I stopped walking before they demanded me to. I was afraid—I was too afraid to move.

Police cars weren’t uncommon in my neighbourhood. I was twenty years old at the time, and I lived in a housing project with my mom and my siblings. And some of our neighbours were drug dealers who attracted other criminals and police officers to the neighbourhood.

After the police officers yelled at me to stop moving, they got out of their car and moved towards me. And in front of onlooking strangers and neighbours, they were about to arrest me— another big, black, boy. The police officers told me I looked like a criminal.

Ten years before that, shortly after I reunited with my mom when I immigrated to Canada from Ghana, she warned me to leave my violent temper behind in Ghana. She said because I’m black, if I get into a fight with another person, police officers in Canada will arrest me like a criminal and take me to prison.

That was my first impression of police officers in Canada. So on my first day of school, a white boy became angry with me for asking his white girlfriend for directions. He choked me. He punched and kicked me. And he threw me to the ground.

I didn’t defend myself. I didn’t want police officers to arrest me and take me to prison.

Still, the white boy beat me up so badly, my mom was forced to take me to the hospital. But in my mind, the hospital was better than prison.

My second impression—and my first encounter—with police officers, however, was dramatically different than the first impression.

So, I kept wandering around—until I saw a police car. I was still afraid of police officers. But I was more afraid of being lost. So, I screamed and waved at the police car. And the police car stopped abruptly beside me. I started crying when I told them I was lost. They hugged me and promised me they would take me home. They placed me in the back of the police car. Then they tracked down my home address, and they took me home that evening.

Two years later, when I was twelve years old, I was at the back of a police car again. This time, the police officers weren’t taking me home—they were taking me, my little siblings, and mom away from home.

I can’t blame the police officers for that. I blame the criminal who looks like me for putting me in a bad position.

The police officers were just doing their job. They were just trying to serve and protect my neighbourhood—just as they served and protected me years before.