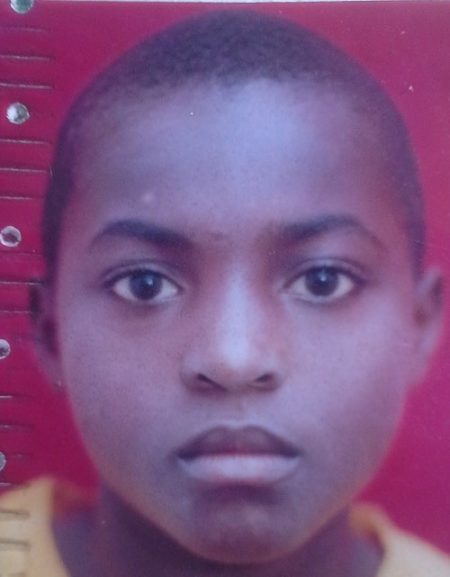 Why I Wasn’t Writing

There were so many strangers at the airport, and one of them was mom. I searched everywhere for the woman who looked just like she did at the Accra airport years earlier. That woman had her natural hair out. She wore red lipstick, a white shirt, and a grey skirt. I couldn’t find her at this airport.

When mom called for me, I ran toward a familiar voice to see an unfamiliar face. I was too young, too naive when mom left me at the airport years before. I didn’t know she would look different, even slightly, when I saw her again.

Mom barely recognized me too. I was supposed to be a bigger boy after all these years. But somehow, I was smaller. When mom left, I stopped eating. My only appetite was to reunite with mom. All I wanted, all I dreamed about, was to be with mom again. Soon after mom left, I lost weight, developed a temper, and started to wet the bed.

When mom hugged my frail body at the airport, I worried I was hugging a stranger. She had a small boy beside her. I didn’t know him. She also had a little girl in her arms. I didn’t know her either. We were strangers and we were siblings. I was their big brother, and they were meeting me for the first time at an airport. Then another stranger called my name, extended his hand to me, and introduced himself as my mother’s husband. I immediately asked him if he was my father. He didn’t answer that night, nor the other nights I asked him. I figured he wasn’t my father when I learned his last name.

That night I went home with strangers. And in that home, I had nightmares that the woman I hugged at the airport, the woman I called mom, wasn’t my real mom, and that elsewhere in Canada, my real mom was still waiting at an airport for me. I had that nightmare for weeks.

Illegal immigration is a desperate move for desperate people—like mom. My father abandoned mom in Ghana when she was pregnant with me. We don’t know where he is. We don’t know if he’s alive or dead. But mom waited for him, and when he didn’t return, she waited on God.

Single motherhood is excruciating anywhere, especially in Africa. But I never saw mom cry. She always held her tears long enough till I went to sleep. I don’t remember mom eating much. She hungered instead that I would be full and satisfied. Mom worked hard at home, and she worked hard at work. She was a seamstress and worked her fingers to the bone for a meager pay. We were poor and desperate.

Mom had several opportunities to change that. In the late eighties and early nineties, illegal immigration to Canada was easy. Many Ghanaians migrated to Canada at that time for that reason. All mom needed to do was pay a fee to a smuggler. That smuggler would then secure a legitimate passport from Ghanaian-Canadians who looked vaguely like mom and me. Then mom and I would board a plane to a new, better life in Canada with the passports.

Mom believed that if God wanted a better life for her in Canada, she wouldn’t have to lie, steal, and cheat to get there. So mom applied for immigration to Canada, trusting the system—trusting God.

Mom received permanent residency in Canada in nineteen-ninety-four. I didn’t receive mine till three years later. Mom left when I was six or seven years old. I didn’t see her again till I was ten. Mom didn’t want to leave me in Ghana. My father left me years before, she didn’t want to do the same to me, even for a little while. I was fatherless. She didn’t want to make me motherless too.

Mom tells me that was the hardest thing she ever had to do, especially when she received news that I was dying. She feared she had sacrificed so much for nothing. She worried that while she was preparing a new life for me in Canada, I was dying in Ghana. Mom never forgot me. She would have called if we had a phone in Ghana. She would have visited if she had the money to visit me. Mom became so depressed, she wanted to leave Canada and return to Ghana, return to me. Mom became so anxious, she stopped eating, even while she was pregnant with my little sister.

Last week, my friends and I saw a woman begging for money on the street. She looked so desperate, so distressed. We called her over and asked her to share her story. She could barely speak English, but she mentioned that she came to Canada on a boat with two kids. She is an illegal immigrant. And my heart aches for her. We gave her food. We gave her money. We gave her love.

But as she walked away, I thought about mom and what would have become of her, if she lied, stole, and cheated her way into Canada too.