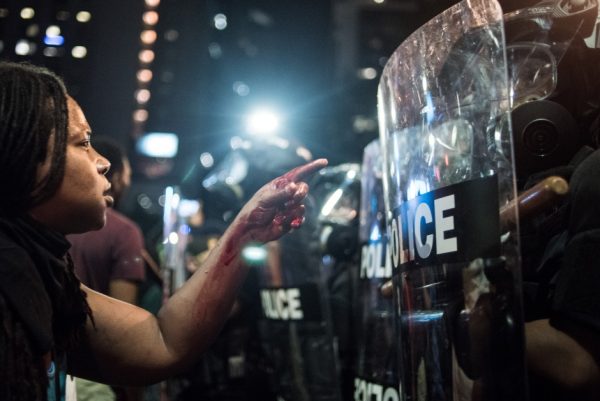 Last Tuesday, Brentley Vinson and three other police officers were on the search for an unidentified suspect at an apartment complex in Charlotte, North Carolina. However, an encounter between the police officers and Keith Lamont Scott at the complex culminated in Scott’s death.

Days after the shooting, there is now evidence suggesting that Brentley Vinson may have been justified in his actions. Video footage reveal that Keith Lamont Scott exited his car upon seeing the police officers, he was then ordered to drop his gun—which is reportedly a stolen gun—several times, but apparently refused to do so, before Brentley Vinson shot and killed him.

Nevertheless, I confess that I do not entirely know or understand what happened between Keith Lamont Scott and the police officers. I am not particularly interested in defending either Keith Lamont Scott or Brentley Vinson. I am neither a judge, jury, nor a prosecutor.

Considering that the Bible says, “He who justifies the wicked and he who condemns the righteous are both alike an abomination to the LORD (Proverbs 17:15)”, shouldn’t we be, “quick to hear, slow to speak, slow to anger (James 1:19) on this issue?

In other words, we should be: quick to wisdom, quick to humility, quick to patience, quick to love, and slow to slander.

Ultimately, we should be like our God, whom the Bible describes as, “merciful and gracious, slow to anger and abounding in steadfast love (Psalm 103:8).”

If we were outraged by the mere possibility that a racist White police officer may have have murdered Keith Lamont Scott, but remained unmoved and uncaring about the videos of enraged Black rioters in Charlotte beating up on homeless and defenseless white men, for example, what does that say about us?

If our hatred for racism and police brutality causes us to slander others, including even our own brothers like Brentley Vinson, then perhaps, our hatred for racism and police brutality is not rooted in a Christ-centered hatred for sin, but instead, it may be rooted in a self-centered, bitter, and sinful heart. And if that’s the case, as we continue to examine police officer’s characters and conduct, we should examine our own characters too. Lest we become more like Black Lives Matter, and less like Christ.