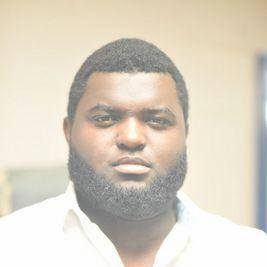 “Nothing could have better suited the moral and humane requirements of the hour. [Uncle Tom’s Cabin’s] effect was amazing, instantaneous, and universal. No book on the subject of slavery had so generally and favorably touched the American heart.”

Today however, the term Uncle Tom is a racial slur for Black men perceived as submissive to White people—Black men like me. I am perceived as submissive to White people because I do not submit to Black people. Group-think and identity politics have become such an integral part of Black communities today that what makes a person Black and proud isn’t their level of and love for melanin, but their positions on Black Lives Matter. For that reason, my opposition to Black Lives Matter makes me a traitor and an Uncle Tom.

In the nineteenth century, Black men like Frederick Douglass were called Uncle Tom as a compliment when their struggle for freedom was marked by perseverance and patience, courage and kindness, long-suffering and love. In other words, they believed the gospel is the truth that sets Black people free.

“Just as Uncle Tom back during slavery used to keep the Negroes from resisting the bloodhound or resisting the Ku Klux Klan by teaching them to love their enemy or pray for those who use them spitefully, today Martin Luther King is just a 20th century or modern Uncle Tom, or a religious Uncle Tom, who is doing the same thing today to keep Negroes defenseless in the face of an attack.”

For this, Black nationalists like Malcolm X are guilty of much of the same things White supremacists are guilty of. For White supremacists, Martin Luther King Jr. was a nigger because he had a different skin colour than they did. For Black nationalists, Martin Luther King Jr. was an Uncle Tom because he had different views on racial justice than they did.