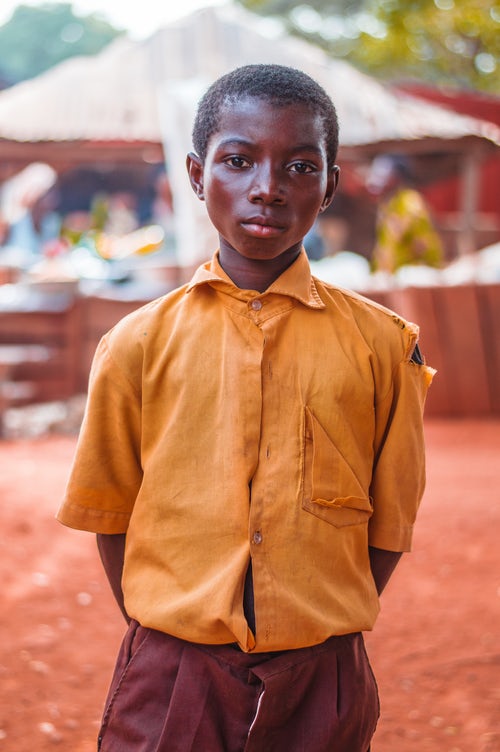 Mom used to hold my hand as we walked by open sewage and streets covered by feces to get to church every Sunday morning. I was three or four years old at the time and that is one of my earliest memories from my life in Ghana. I remember that mom and I walked from our home in Accra to our church in North Kaneshie. But I didn’t remember that it took us an hour to walk to church and an hour to walk back home. And I didn’t know that mom traveled to church in the same manner before I could walk, before I was born.

Mom used to walk an hour to church every Sunday while she was pregnant with me. And when I was born, mom didn’t stop what she was accustomed to doing on Sunday mornings. When I was a baby, mom would wrap me safely around her back every Sunday morning and walk to church.

I was raised in an Assemblies of God church in North Kaneshie, where mom tirelessly served, and where I tirelessly caused trouble. But though it probably didn’t look like it most of the time, I always listened intently to what the Sunday school teachers and the preachers from the pulpit were saying. By the time I was 3 or 4 years old, I knew I was a desperate sinner and that unless I became born-again, I would perish in hell. But even though I tried to be a good child, I always failed.

Mom and I moved to Canada, where she married a Ghanaian in Montreal. But he bruised mom’s face and threatened to do worse to her, so we moved from Montreal to Toronto to protect ourselves from him.

I was a member of a local church, though I wasn’t a member of the universal church. I was an unrepentant sinner, and it terrified me. One of my high-school teachers took me aside to ask me if I was okay. She told me that I looked like I had the whole world on my shoulders. She was half-right: all of my sins were on my shoulders, not Christ’s,  and  I was afraid I would perish in hell.

When I was 19, a woman named Gloria invited me to our church’s youth retreat. I refused. The following week, she asked me again, and I refused again. That became the norm all summer. I was stubborn, but she was even more stubborn, blessedly stubborn. And I am thankful for that.

I eventually signed up for the youth retreat so she would finally leave me alone. At the youth retreat that summer, God used a poor presentation of the gospel to show me that he is rich in mercy. The gospel wasn’t new to me, but it felt new―I felt new. I became born-again. I hated sin and I loved Jesus. I was full of faith and full of hope. I knew Jesus was faithful and good.

God saved me that summer and he reformed me the following year. I left the Pentecostal church the next year, and I eventually got re-baptized at a Baptist church, where my friend Gloria and I are fellow members again.