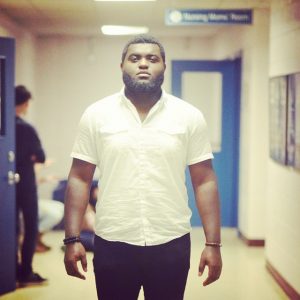 Accidentally, the film’s director, David Ayer, made what I think is a particularly silly, and yet interesting commentary on Blackness.

Blackness is the concept that a person’s Black identity is shaped not merely by their skin colour, but by their experiences, interests, and ideologies. Essentially, what makes a Black person a real Black person is their adherence to the Black Culture.

Over the last few months, several Black people have contacted me saying that they too refuse to support Black Lives Matter, but given the very real choice between being slandered and being silent, they understandably choose silence. You see, they know all too well that for challenging Black Lives Matter, many Black people are labeled as self-hating, white-washed, Uncle Toms. I know that too. Those accusations are some of the most prevalent responses I’ve received from others since starting this Black Lives Matter series. Disturbingly, some of the people regurgitating these harmful notions are Christians.

An angry woman recently approached me wanting answers as to why I, according to her, I am indifferent to racism. I kept my answer short; simply stating that I wasn’t indifferent to racism, then I walked away. What I didn’t tell her, however, is that I once severely beat up a white guy for calling me the N-word. Even as the guy lay on the ground concussed, I continued, wickedly, to beat him up until I ran away upon seeing a teacher run to his rescue.

That was in High School. And it was neither the first nor last time that I was called the N-word. Given my propensity for violence at the time, I nearly decided to beat up one of my High School teachers a couple of years later for routinely making racist jokes about Africans and my dark complexion in front of the whole class. I decided instead to skip nearly half of his class to avoid the immense hurt and humiliation I suffered in that class. I know racism. And I know its sting. I am not indifferent to racism. I hate sin; I hate racism. I do not have to be for Black Lives Matter to hate racism. Just as I do not have to support feminism or LGBTQ ideologies, for example, to hate sexism and homophobia, respectively.

I can’t say that I like being restrained by group-think. I enjoy the liberty to think for myself. If that wasn’t true, I would still be immersed in the prosperity-gospel today. I refuse to succumb to tribalism. That, of course, doesn’t mean that I don’t want to be Black. It means that I want to be like Christ.

Admittedly, I am at times deeply saddened by the suggestions that I am an Uncle Tom. To be honest, this is partly one of the reasons why I am slow to write (ahem) these articles. However, I am reminded that even Martin Luther King was labeled as an Uncle Tom by—wait for it: Malcom X. Yes, that Martin Luther King. In an interview with Dr. Kenneth Clark, Malcolm X said:

You see, Martin Luther King was the face of the Civil Rights Movement, a civil-rights group that advocated for racial equality and desegregation by appealing to Biblical ethics and the U.S. Constitution. Malcom X, however, was the face of the Nation of Islam, another civil-rights group that advocated for racial-equality and segregation by appealing to violence and Black supremacy.

I am Black, not because I live like it—as though there is such a thing—but because I look like it. Blackness, is a colour, not a culture. I am Black because I am Black. I can listen to all the Folk songs (ahem) I want to—and foot-stomp through it—and still be Black. And surely, I am allowed to recognize all the inaccuracies and ideological problems within Black Lives Matter and still be Black.

If that makes me an Uncle Tom—if that means that I am not really Black, so be it. However, the irony behind Black Lives Matter apologists devaluing my Black life isn’t lost on me, though.