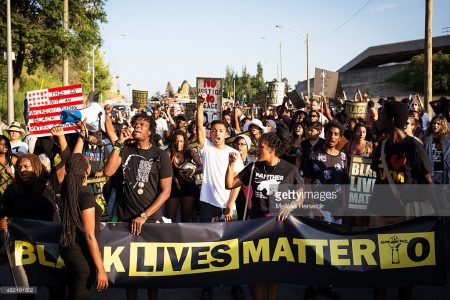 Do All Black Lives Matter?

In an article for The Feminist Wire, Alicia Garcia, one of the co-founders of Black Lives Matter, wrote: “Black Lives Matter is an ideological and political intervention in a world where Black lives are systematically and intentionally targeted for demise.”

Alicia Garcia’s description of the Black Lives Matter movement is crucial. When I write that I do not support Black Lives Matter, I am simply suggesting that I disagree with the organization’s ideological and political framework; I do not believe that Black lives are systematically and intentionally targeted for demise. In other words, I am not insinuating that black lives do not matter. Black lives matter. My argument, however, is truth matters too.

Before I explain why I do not support Black Lives Matter, I would like to detail why I am dedicating a series of articles on the organization. I am African-Canadian; I am a Ghanaian immigrant to Canada. So I may offer a different perspective on this matter than some of my black American peers. Still, I will cover Toronto’s Black Lives Matter organization at some point in this series, particularly, the controversy surrounding Andrew Loku’s death. However, Black Lives Matter is predominantly an American movement. Accordingly, I find it necessary to use data from American sources to challenge their claims.

Admittedly, I love investigating ideological and political topics. So I will thoroughly enjoy dedicating several articles on this topic. However, I am a Christian, so my intention is that I may “destroy arguments and every lofty opinion raised against the knowledge of God, and take every thought captive to obey Christ (2 Corinthians 10:5).” There is an allure of self-pity, favouritism, envy, and bitterness, which seem so prevalent within the Black Lives Matter movement. To be clear, I am not insinuating that every single supporter of the organization is guilty of these sins. I am merely writing that these sins are rampant within the movement. Nevertheless, I will specifically address these sins when I conclude this series. For now, I will simply explain why I do not support Black Lives Matter.

The Bible is clear: our God is just; He cares about (social) justice. Deuteronomy 32:4 says, “The Rock, his work is perfect, for all his ways are justice. A God of faithfulness and without iniquity, just and upright is he. Therefore, God commands all people to imitate His commitment to justice in Deuteronomy 24:17, which says: “You shall not pervert the justice due to the sojourner or to the fatherless, or take a widow’s garment in pledge.” In other words, God cares about social justice, and we should too.

Frequently, however, the world’s understanding of social justice opposes God’s. For example, the world considers pro-choice and LGBT-rights organizations as groups that advocate for social justice. We believers, of course, disagree. Our biblical understanding of gender, life and marriage lead us to disagree with these “social justice” groups. Black Lives Matter, according to its own feminist and LGBT leaders, is also inherently a feminist and LGBT-rights organization.

Like pro-choice activists who silence the cries of the millions of children being killed in abortion clinics, and like LGBT-rights activists who often infringe on religious liberty, Black Lives Matter activists are more harmful than helpful. We should not presume the legitimacy of Black Lives Matter’s claims. Instead, we should challenge their validity.

In fairness, these findings merely express half the story. Black people make up only 13% of the American population. So as inaccurate as Black Lives Matter’s words are on the matter, the findings do not change the reality that the number of Black Americans killed by police officers is disproportionately high (27%). Nor do they suggest that there are not racist police officers in America. Still, should we presume then that racism is the reason for the disparity? No, of course not. Consider that despite representing 50% of the American population, men make up 90% of the people killed by police officers in America last year. Should we conclude that police officers are systematically and intentionally killing men? Obviously, we should not. The simple answer for the disparity is that men are far more likely to commit violent crimes and thus encounter (and violently resist) police officers than women are.

Thus, Black Lives Matter is not only inherently a feminist and LGBT-rights organization, its claims are also untrue. The organization is fighting a non-existent war. Meanwhile, Black Americans are waging war—so to speak—against themselves, and last year, this war killed far more than the 304 black people killed by police officers. Yet, Black Lives Matter are not protesting that. Therefore, the next article, which will be published on Monday, is titled, “Do All Black Lives Matter?”