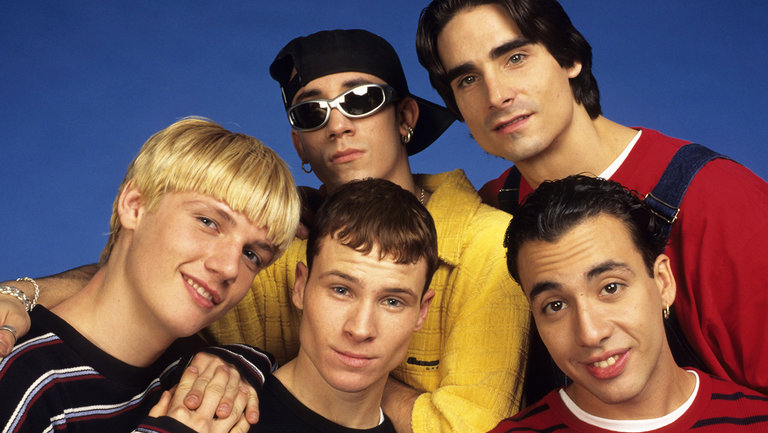 If you and I disagree on social justice, you’re not my enemy. But if you do not agree that A.J, Howie, Kevin, Brian, and Nick make up the greatest boy band of all time, we cannot be friends.

The Backstreet Boys sealed their legendary status when they received a star on Hollywood’s Walk Of Fame in 2013 during the 20th anniversary. And last week, they earned their 8th Grammy nomination. If they win, the award would become their first Grammy after losing to inferior talents like Sting, U2, and Lauryn Hill.

I discovered the Backstreet Boys in 1998 when I stumbled on their music video for As Long As You Love Me on MuchMusic (Canada’s MTV). I’m sure the music video put me into a trance. It featured Claudia Jordan, one of my childhood crushes. And for a second, I thought Leonardo DiCaprio was a member of the Backstreet Boys. I confused Nick Carter for Leonardo DiCaprio. Like Leo, Nick was good looking and had the same awful mushroom haircut—and naturally, he became my favourite Backstreet Boy. Earlier today, Nick Carter actually mentioned me on Twitter, and I almost fainted.

I know what you’re thinking. Yes, I have a girlfriend. And yes, I’ve always been attracted to women.

When I was a teenager, my friends knew DMX was my favourite rapper. But they didn’t know I listened to DMX less than I listened to the Backstreet Boys. I liked DMX’s Ruff Ryders Anthem and What They Really Want. But my real anthems were Shape Of My Heart and As Long As You Love Me.

I felt guilty listening to the Backstreet Boys. I knew people would make fun of me if they found out I was one of their biggest fans. Black boys weren’t supposed to listen to that kind of music—you know, good music. And yet, I didn’t feel guilty listening to Gangsta Hip-Hop. That was more socially acceptable for Black Boys like me.

But then the Backstreet Boys took a hiatus in 2002 for what felt like forever and finally returned in 2005 to release their album, Never Gone. And everything changed when I first listened to the first single from the album, Incomplete.

Maybe I didn’t care anymore because I had built a reputation as one of the biggest and strongest guys in the school. Maybe I knew I could beat up anyone who made fun of me for singing Backstreet Boys songs. But whatever the reason, the Backstreet boys were too great for me to keep quiet about it.

And I think that helped shape who I am today. I am less concerned about what people think of me. The Backstreet Boys helped me become an individual. They helped me embrace things I would probably otherwise reject. I don’t think I would have embraced my favourite kind of music today, folk music, if I hadn’t first enjoyed a band that was so outside of the norm for me. That all white, all American boy band made me feel comfortable in my own skin.

Maybe I wouldn’t dissent from what most people might expect me to believe on social issues today, if it wasn’t for the Backstreet Boys. And I want it that way.