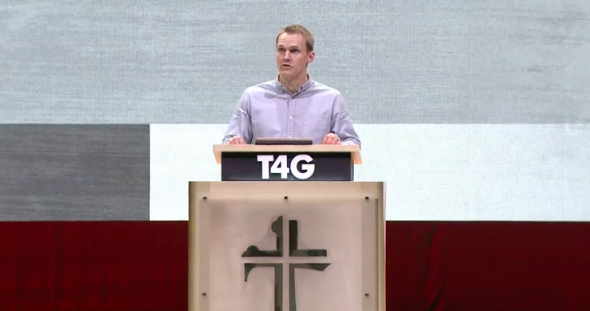 Evangelical leaders do not hold a monopoly on truth. The Bible is innerant: they are not. They are a gift to the church and they are worthy of a double honour, but they are not perfect. They are wrong on some things. This is why the Bible encourages us to be like the Bereans who searched the scriptures to see if the apostle Paul’s words were true. We know some evangelical leaders are wrong on baptism, election, and eschatology. If they can be wrong about theological issues, they can be wrong about political issues too.

George Whitefield was the most influential evangelical leader of the eighteenth century. But he was also one of the most instrumental advocates for slavery in Georgia at that time. In fact, Whitefield owned fifty slaves by the time he passed away, many of whom he purchased with money made from his ministry. And during the Jim Crow era in the twentieth century, Carl F. H. Henry and Christianity Today defended segregation even as men like Martin Luther King Jr., who did not believe the gospel, sacrificed his life to establish justice in the nation.

Francis Grimke had evangelical leaders like George Whitefield and Carl F. H. Henry in mind when he said:

“I cannot believe that the men who occupy the pulpits of this land, assuming that they are men of ordinary intelligence and common sense and that they have, as they ought to have as leaders, some little knowledge, at least, of the Word of God, are without some convictions on the subject (of race prejudice), that they do not know that it is wrong, contrary to every principle of Christianity.”

The evangelical leaders from the MLK50 and T4G conferences earlier this month are neither pro-slavery or segregationists. In fact, they hate racism, and I am thankful for that. However, I am concerned that many evangelical leaders from these conferences appear to be conforming to the culture’s theology on race. I am concerned that we are bowing to the golden calf of our time. We are embracing foolish, ignorant controversies that propagate division. Many evangelicals sound less like Jesus Christ and more like James Cone. We are adopting a form of liberation theology and re-defining the biblical definition of justice. We sound less like Moses and more like Marx.

I know David Platt asked for grace ahead of his sermon at T4G. And I will not withhold that from him. He is a gift to the church, a gift to me. I own some of his books, and I have been blessed by them. And I appreciate his hatred for racism, but much of what he addressed in his sermon were unhelpful. David Platt said:

If David Platt was preaching this sermon in 1968, I would wholeheartedly agree with him. He would have been able to identify the injustice he’s addressing in the sermon. He would be rebuking men like Carl F.H. Henry who defended segregation. But this is 2018. Whom is David Platt rebuking today? What evidence of racial injustice in America today is he addressing? What unjust laws is Platt referring to?

And that is what troubles me about lectures on racial injustice from our evangelical leaders. We all acknowledge that though laws change, hearts may not. Racism will be a fabric of our culture until our Lord returns to establish a nation in New Jerusalem made up of glorified members of every tribe. However, if we’re suggesting that a nation is presently committing racial injustice, we need to name these injustices. If we are not slanderers, we need to list these unjust laws. If we are not merely perpetuating Black fear and White guilt, we should be able to address what makes America and the American church systemically racist.

However, when it came time to list the racial injustices in his sermon, David Platt only offered racial disparities. He said:

This summer, I will be an activist for the Canadian Centre for Bio‑Ethical Reform because I care about injustice, particularly against the thousands of unborn Black infants who are killed every year in this nation. We should absolutely acknowledge injustice. We should hate evil, love good, and establish justice in the courts.

However, Marxist justice is about social justice, not human rights. It suggests that people are guilty before proven innocent. It conflates disparities with injustice. It worships the critical race theory, not Christ. It believes in the rule of leftism, not the rule of law. It believes in feelings, not facts. It believes in microaggressions, not maturity. It is completely antithetical to Mosaic justice, real justice.

I am just a blogger. I am not nearly the man David Platt is. But like many evangelical leaders throughout history, I believe that he too is wrong on racial equality. If I was the kind of man who changed his positions on the important issues of today just because powerful leaders disagree with me, I would probably yell “crucify him” to a man in Jerusalem two-thousand years ago.