What To Expect This Year

Only one of these racists has been named one of the 100 most influential people in the world by Time Magazine, and it’s not Richard Spencer.

The book is part-memoir, part-manifesto. The storytelling aspect of the book of is an intentional and crucial approach for Kendi. Critical race theorists use storytelling to demonstrate their standpoint epistemology, a theory meaning an oppressed person’s experiences give them expertise or special insight into ending injustice.

That is why throughout the book, Kendi defines varying forms of supposed racism and antiracism only after describing his experiences. By describing “his truth”, that gives him authority to define truth. Therefore chapter by chapter, Kendi describes and defines biological, ethnic, bodily, cultural, behavioural, class, gender, queer, and space racism.

If you’re wondering—no, space racism isn’t about racism against aliens. Though considering the absurd nature of critical race theory and antiracism, I can’t fault you for wondering about that.

Nevertheless, Kendi defines a racist as: “One who is supporting a racist policy through their actions or inaction or expressing a racist idea.”

Therefore, Kendi says, “an antiracism policy is any measure that produces or sustains racial equity between racial groups.”

And that agenda is unmistakably Marxist. In fact, according to How to Be an Antiracist, if you’re not a Marxist, you’re a racist.

Many people remain unaware or in-denial about the Marxist nature of critical race theory and social justice activism. But Kendi is explicitly clear antiracism is just a branch of a Marxist tree. He says:

“it is impossible to know racism without understanding its intersection with capitalism…capitalism and racism are conjoined twins…antiracist policies cannot eliminate class racism without anticapitalist policies…I keep using the term ‘anticapitalist’ as opposed to socialist or communist to include people who publicly or privately question or loathe capitalism but do not identify as socialist or communist.”

But capitalists aren’t his only targets in the book. Kendi considers anyone a racist when they are not radical antiracists or do not use the same terminology he does. This includes some of his critical race theorist peers and even Martin Luther King Jr. In fact, concerning Martin Luther King Jr.’s supposed race-neutrality, Kendi says:

“the most threatening racist movement is not the alt right’s unlikely drive for a White ethnostate but the regular American’s drive for a ‘race-neutral’ one.”

In the book, Kendi advocates for segregation and racial discrimination against white people. He says:

“Do not repay anyone evil for evil. Be careful to do what is right in the eyes of everyone. If it is possible, as far as it depends on you, live at peace with everyone. Do not take revenge, my dear friends, but leave room for God’s wrath, for it is written: ‘It is mine to avenge; I will repay,’ says the Lord.” (Romans 12:17-19). 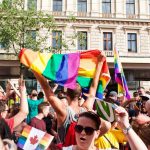 Why Pastors Are Preaching On Biblical Sexuality Today0 Total Shares 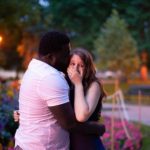 Christian Nationalism In The United States

What Is Critical Race Theory?

They Hate The System, Not Racism