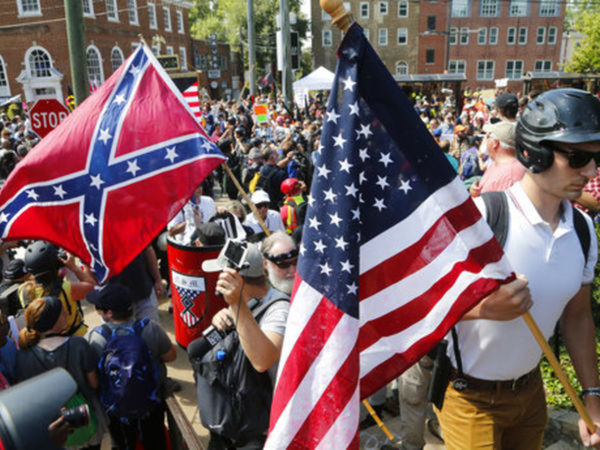 She Was, She Is, She Will Be

That is because it brings to mind words from a 1935 article by a Black Newspaper called No Time For Hypocrisy:

If the Swastika is an emblem of racial oppression, the Stars and Stripes are equally so…We have seen in [Hitler’s] persecution of the Jews too close a parallel to the oppression which black folk suffer here in this ‘land of the free.’Our opposition to the German chancellor remains unchanged. We are bitterly opposed to every step he takes in his return to the barbarism of the Middle Ages. We are equally opposed, however, to the hypocrisy of Hitler’s American critics.

These words and the few like it at the time represent the type of moral consistency and raw honesty that were as rare in 1935 as they are in 2017. We too often develop selective amnesia and regurgitate selective outrage. Between two evils, we seldomly choose neither. We usually protest one and protect the other.

When Nazi Germany escalated its racial discrimination against Jews during Kristallnacht, American president, Franklin D. Roosevelt, released a statement saying, “I myself could scarcely believe that such things could occur in a twentieth-century civilization.”

Really? Under Roosevelts instructions, 120, 000 Japanese Americans were forced into his own version of concentration camps. Black Americans under Roosevelt’s presidency were still being lynched. Like Jews under Nazi Germany, Black Americans were segregated to Ghettos. They did not have equal access to housing, education, healthcare, and voting. In fact, the White supremacist Jim Crow laws in America were still in effect when Roosevelt’s Allied forces defeated White supremacy in Nazi Germany— and for over 20 years afterward.

No Time For Hypocrisy had no time for political correctness and theological cowardice. It recognized evil as evil, no matter where or whom it comes from. That is why the article comes to mind when I read most reactions to Charlottesville, especially Black Lives Matter’s Janaya Khan’s article from Maclean’s magazine.

In the article, titled, Canada Must Confront Its Own White Nationalism, Khan says, “when it comes to fighting against white supremacy, it’s not just what you stand for, it’s who you sit with.”

Last year, Yusra Khogali tweeted, “Plz Allah give me strength to not cuss/kill these men and white folks out here today. Plz Plz Plz.” And on Facebook, she once said, “Whiteness is not humaness. In fact, white skin is sub-human…and White ppl are a genetic defect of blackness.”

We must reject selective amnesia and selective outrage. Between two evils, choose neither. We shouldn’t protest one evil and protect the other. We should have the moral consistency and raw honesty to have no time for hypocrisy.