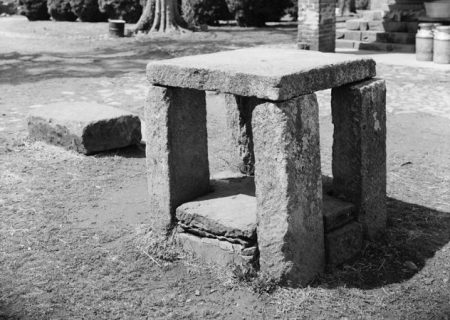 I was ten years old when I attended my first class in Montreal as a new immigrant to Canada. Sometime into that class, the Quebecois teacher asked me for the English translation of a French word, supposedly to assess my level of French. I answered him, and in what would serve as a preview for the remainder of the school year: my answer was wrong.

After my incorrect answer, the teacher walked toward my desk, raised his arm, then before he could reveal his intentions, I jumped out of my seat with such force that I nearly fell to the floor. Alarmed by this, the teacher asked, “Qu’est-ce que tu fais!?” Meaning, what are you doing?

I didn’t answer him, but the simple answer to his question is that I was trying to avoid getting hit by him. In Ghana, teachers usually hit students when the students fail to answer questions correctly. One of my earliest memories in a Ghanaian classroom is failing to recite a section of the multiplication table—and getting repeatedly hit for it. So the furthest thing on my mind when the Canadian teacher raised his arm toward me was that he was intending to rest his hands on my shoulder as a sign of encouragement while giving me instructions, which I later discovered was his intention.

I am reminded of this story because there’s a big shadow casting over any objection to the Black Lives Matter movement. And that shadow belongs to a large ship carrying African slaves to America during the Atlantic Slave Trade. Next to the words black lives matter, the most repeated words by Black Lives Matter supporters is probably, “a system cannot fail those it was never built to protect”, highlighting a veiled reference to the Slave Trade. In other words, just as Black lives did not matter during the Slave Trade, Black lives do not matter to the American government today.

Admittedly, that is compelling; history has a powerful way of shaping our perceptions. Facts are sometimes simply outmatched by history’s ability to influence our assumptions and anticipations. However, as I illustrated in the incident between me and my teacher, just because something was true in a different time—or different country—doesn’t mean that it is still true today. So while it is true that America’s history with slavery proves that Black lives did not matter, it doesn’t prove that Black lives do not matter in 21st century America.

Nevertheless, Black lives evidently did not matter between the 16th and 19th century, when White Americans purchased and owned Africans and their descendants as properties. At the height of slavery in the 19th century, less than 2% of White Americans owned slaves—and their descendants make up only 5% of White Americans today. The Slaves were owned by wealthy Americans (mostly Southerners) who owned plantations. However, even though the vast majority of Americans did not own slaves, most Americans at that time held racist views toward Black people. In fact, racism was so mainstream at that time, even Thomas Jefferson, the 3rd American president, wrote, “Blacks…are inferior to the whites in the endowments both of body and mind.”

Of the 12 million Africans transported to the New World (North America, South America, Caribbean), 2 million died on the ships and were thrown into the ocean. In America, the slaves were mercilessly overworked, whipped, branded, tortured, raped, starved, and killed by their slave-owners. Under these unspeakable conditions, the message was unmistakably clear: Black lives did not matter.

However, White people aren’t the only ones responsible for that message. Ghana, my birthplace, and other West African nations, including Nigeria and Benin, have formally apologized for their own role in the Slave Trade. Why did these nations apologize? It’s because, according to historians, 90% of the 12 million West African slaves transported to the New World were sold to Europeans by African slave-owners.

In fact, noted Black historian, Henry Louis Gates Jr, writes that“the sad truth is that without complex business partnerships between African elites and European traders and commercial agents, the slave trade to the New World would have been impossible, at least on the scale it occurred.”

Black Lives Matter and similar groups who so often characterize we Black people as perpetual innocent victims and supposedly morally superior to White people are at odds with men like Frederick Douglas, who once said, “The savage chiefs of the western coasts of Africa, who for ages have been accustomed to selling their captives into bondage and pocketing the ready cash for them, will not more readily accept our moral and economical ideas than the slave traders of Maryland and Virginia…We are, therefore, less inclined to go to Africa to work against the slave trade than to stay here to work against it.”

Frederick Douglas, as usual, was correct. When Britain finally ended their role in the Slave Trade in 1807, their Royal Navy struggled for another 50 years trying to convince West African leaders to end their own participation in the Slave Trade. Britain actually had to overthrow a defiant king in Lagos after he refused to end his slave-trading with other European countries.

Furthermore, Henry Louis Gates once said in an interview that, “this is the dirtiest secret in African-American history: a surprisingly high-number of free-negroes [approximately 25%-30%, actually] in the south owned slaves…we are just as corrupt and despicable as any other people, and if we have the right to oppress, we will oppress just like the white man oppressed us. Unfortunately, that is human nature. And the only way to overcome that, is to be honest about it.”

If we are being honest, we have to admit that it’s easy to think about many enslaved Black men filling large ships when we see so many Black men filling jail cells in America today. We also have to admit that it’s hard not thinking about slave-owners murdering their Black slaves and getting away with it when police officers seemingly murder Black people and getting away with it. However, correlation does not imply causation. If we desire honesty, we should not allow the Slave Trade, as despicable as it was, to cloud our judgment, especially if we admit Black people’s—particularly my people, West Africans—own role in the Slave Trade.

Black Lives Matter undermines the incredible accomplishments of Martin Luther King and the Civil Rights Movement when they suggest that Black people are still suffering under systematic racism in America. That, however, will be the topic of the next article in this series on Black Lives Matter.