We’ve reached a point in evangelicalism when we’ve become so desensitized by abortion and so manipulated by critical race theorists that some of us would unashamedly celebrate the confirmation of an unjust Supreme Court Justice because she’s black.

Ketanji Brown Jackson was confirmed to America’s Supreme Court a couple of days ago—making her the first black woman to receive that honour.

However, she is the latest dishonourable character in the honourable role.

In a better society, her claims would make her unfit for any consequential role. But in our depraved society, she’s a Supreme Court Justice.

Her history as a judicial activist for abortion is one of the reasons why Joe Biden nominated her (with strong support from Planned Parenthood and NARAL) in keeping with his promise to select a judge who would help strengthen and expand abortion laws in America.

And yet because she’s black, some evangelical leaders and organizations essentially joined abortion and LGBTQ activists to celebrate Judge ackson’s confirmation to the Supreme Court.

The president of the Ethics & Religious Liberty Commission from the Southern Baptist Convention said:

“Despite the philosophical and legal differences individuals like me will have with her, Judge Jackson’s confirmation is a history-making moment. We should appreciate it as such. If we lose the ability to do that, we lose something that makes America an exceptional nation.”

Another influential evangelical said: “I disagree with her judicial philosophy but I celebrate the history of Judge Jackson’s appointment and am praying for wisdom and discernment as she serves on the highest court.”

Clearly, these evangelicals and others who shared similar reactions disagree with Judge Jackson’s judicial activism.

However, if Judge Jackson believed five year old children do not have a right to life, would they simply label that as “philosophical and legal differences”? Would they simply say they disagree with her “judicial philosophy“?

Would they celebrate her supposedly historic confirmation if she believed five year old children do not have a right to life?

Are the lives of pre-born children so cheap to us that we think it’s worthy to celebrate a judge who advocate for their murder—because she’s black?

When God says “woe to those who decree iniquitous decrees” (Isaiah 10:1), he didn’t follow that with “unless they are the first black woman confirmed to the Supreme Court in America”.

Isn’t it shameful we’re celebrating a judge whom God has cursed?

Interestingly, many of the evangelicals celebrating Judge Jackson’s confirmation as a historic moment for America are much of the same people who accuse more conservative evangelicals of Christian Nationalism.

They consistently suggest American evangelicals too often prioritize their nationality over their Christianity. And yet, inconsistently—they are celebrating what Judge Jackson’s nomination supposedly means for America, despite the threat it means for Christianity in America.

Especially, these reactions from evangelicals affirm how influential critical race theory and intersectionality have become within evangelicalism.

During the 2020 presidential election, Joe Biden and the Democrats promised they would nominate a black woman to the Supreme Court as evidence of their commitment to critical race theory and especially, intersectionality.

So what makes Judge Jackson supposedly unique is that she’s both a black person and a woman. That is textbook intersectionality.

The concept of intersectionality suggests a person with supposedly intersecting identities (such as being both black and a woman) is able to simultaneously experience discrimination as a result of being both a black person and a woman.

Naturally, this creates a perception that black women, for instance, are categorically and uniquely different from both black men and white women. Essentially, intersectionality claims a person’s supposedly various “identities” makes them wholly different than other “kinds” of people.

This is a worldly philosophy—but many evangelicals have fallen for it.

When she kneels before the judgement seat of Christ one day, he will not be impressed by her skin colour and gender. He will not celebrate her confirmation to the Supreme Court. She will give an account for all her sins, including her unjust and iniquitous decrees.

And we will also give an account to God for every careless thought or tweet about Judge Jackson’s confirmation.

We will give an account to God for celebrating a judge whom he has cursed. 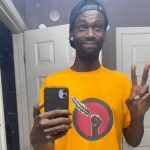 Unvaccinated People Are Not The Virus