Earlier this week, the Government of Canada legalized marijuana, making Canada the first Western country to legalize marijuana nation-wide. Introduced officially as Cannabis Act, the new act became effective on Wednesday, and Canadians from coast-to-coast waited in long lines at cannabis stores from Tuesday night to become among the first group to buy legal marijuana in Canada. In fact, many of the cannabis stores across the nation closed within hours after they opened because of high demand.

Here in the province of Ontario, legal cannabis stores are not available until April. The only legal retailer for marijuana is an online store owned by the provincial government—The Ontario Cannabis Store. Like cannabis stores around the nation, the website made marijuana available for purchase on Wednesday night, and within the first 24 hours, the website received 1.3 million visits and over 100, 000 orders.

Canada has been trending toward decriminalizing marijuana for years. Prime Minister Justin Trudeau made legalizing marijuana a campaign promise in the 2015 election. Over the last two decades, provincial and federal courts and liberal parties across Canada ruled on cases and introduced legislations, respectively, that indicated that recreational marijuana was probably going to be legalized in the near future. In fact, many predicted that recreational marijuana would inevitably be legalized once medicinal marijuana became legal in 2001.

I believe that the sole responsibility of the government is to protect its citizens’ unalienable rights. My favourite words in political history is from the United States Declaration of Independence, which says:

“We hold these truths to be self-evident, that all men are created equal, that they are endowed by their Creator with certain unalienable Rights, that among these are Life, Liberty and the pursuit of Happiness.”

Nevertheless, though recreational marijuana isn’t criminal anymore, it’s still sinful. The government has given us liberty to sin, but God has given us liberty not to. Getting high from marijuana is lawful, but it isn’t helpful. Marijuana is lawful, but it shouldn’t dominate us (1 Corinthians 6:12). We Christians should never be high from recreational drugs, instead, we should be sober-minded (1 Peter 5:8).

So I have mixed feelings about the Cannabis Act. I believe that a government that doesn’t affirm my neighbour’s right to an unrighteous life will inevitably reject my right to a righteous life. Authoritarian governments gain power by infringing on our neighbours’ liberty, they maintain power by stripping ours. When my neighbour doesn’t have the liberty to pursue happiness, I might soon not have the liberty to pursue Christ. 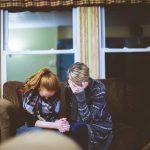 How To Love Your Neighbour On The Vaccine