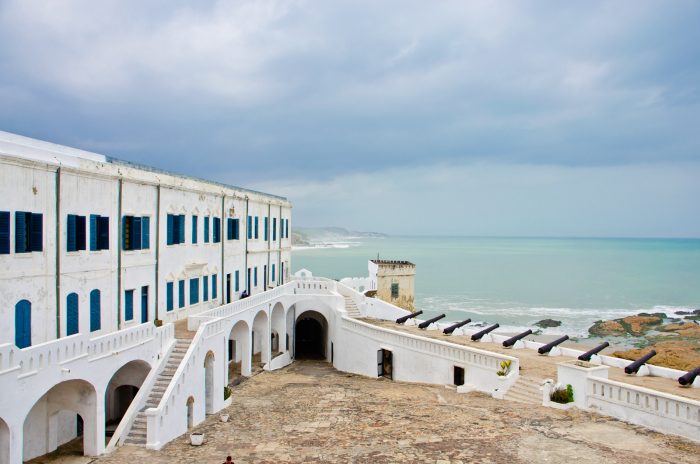 I recently came across a response to my Black Lives Matter and White Privilege article by a writer from CultureWarReporters.com. And though the writer, Evan, is critical of my article, I actually really enjoyed his response. This is, of course, not to suggest that I agree with Evan’s conclusions or assumptions—which he humbly admits as potentially mistaken. I simply appreciated his kind and constructive criticism, including this portion of the article:

“While he elaborates on the problems both in the Black community and BLM, what Sey doesn’t do is offer any solutions. His only course of action is to encourage White people to “count their blessings”, which doesn’t at all draw back to the problem of police brutality against members of the Black community. Furthermore, he believes that the lack of privilege the community faces is largely due to “self-inflicted wounds” as opposed to any outside forces. “Physician, heal thyself,” Sey appears to be advising, to which BLM asks: “How can I heal at all while being actively beaten?””

There are a number of points within Evan’s article that I wish to address, but alas, I must restrain myself. This article, after all, is the conclusion of the Black Lives Matter series. Nevertheless, although Evan’s aforementioned words are inaccurate, they are not unhelpful. They are actually relevant to my final arguments against Black Lives Matter.

I have always been fascinated by Ghana’s forty slave castles, particularly the Cape Coast Castle. Not merely because my distant ancestors indeed passed through the infamous Door of No Return, disappearing from our ancestral home to the Atlantic sea forever. I am fascinated by the castles partly because many Ghanaians, like Ghanaian slaves from centuries ago, refuse to step foot into the castles—this time though, for fear that the castles are inhabited by ghosts.

It would be easy to ridicule Ghanaians for their superstition, especially since the castles are the biggest tourist attractions in the nation, drawing well over a million tourists a year. However, it is important to note that the castles are not really castles, they are dungeons—dungeons that once confined slaves before they were transported by ships to the New World. Given that history, it is not so surprising that some Ghanaians are still wary of the Door of No Return.

As I have been suggesting throughout this series, Black Lives Matter is campaigning against an imaginary foe, a ghost: systemic racism. Like Ghanaians who remain suspicious about the slave castles, so too are we Black North Americans suspicious about our governments. Indeed, the Slave Trade and Jim Crow laws are dead, but they are still embedded in our memories—still haunting us.

To be clear, I am not suggesting that we live in a post-racial society. There is only one post-racial society I know of, and it cannot yet be found on Earth. What I am suggesting, however, is that the notion of systemic racism—racist laws intended to oppress a particular race—in America or Canada today is as fabricated as systemic sexism and systemic homophobia.

I have already written extensively on the facts against Black Lives Matter throughout the series. And frankly, it’s not even what concerns me most about the movement. And though I have also expressed my concerns with many believers support for the movement, despite its intrinsically trans-feminist ideologies, what troubles me most about Black Lives Matter, is that unlike the Civil Rights Movement, for instance, the group incites hate, not harmony; and fear, not faith. In other words, Black Lives Matter encourages many of the sins they claim to campaign against.

A bitter Black person, however, might associate White men with racism, and would therefore rashly accuse a potentially justified white cop of murdering a Black man, though they might lack evidence of such.

I am a Black man, but Black Lives Matter does not speak for me—Jesus Christ does. The death and resurrection of Jesus Christ for all sinners affirms that Black lives matter. My hope is therefore not in a terribly flawed social justice movement. My hope, rather, is in the just Saviour of the world—who upon His triumph over sin and death, will soon return to judge all sinners, including all hateful people.

Those who trust Christ by faith, however, will be saved from sin and condemnation. Therefore, returning to Evan’s aforementioned words, the question isn’t, how can we heal our own self-inflicted wounds, but rather, will we trust Christ, the true Physician, to heal us from our sins? Or will we continue in hate, wounding others and ourselves with bitterness and racism?